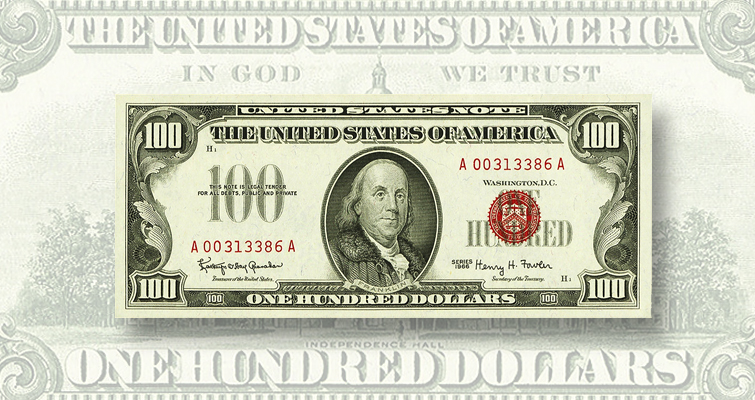 Not since production of silver certificates and United States notes ended decades ago, in the early 1960s, has anything other than Federal Reserve notes been printed by the United States. That could change if the concept of cryptobills is realized.

These could pass from hand to hand until a user wants to transfer the value of the note to an electronic account. At that point, the note must then be taken to the issuer or its representative to have the value represented on the note transferred. This action would not involve the actual note but only the cryptocurrency accounts holding the backing value for all cryptobills. As in the days of specie-backed currencies, the note could be reissued repeatedly and circulate until worn out.

A cryptobill would require a design very similar to that of an existing dollar, euro, or pound. It would use a bank note substrate, have intaglio and offset printing, and bear denomination indicators and security features like existing notes. However, it would also require a QR code, bearing a public key. No chips or removable foil patches are necessary.

Like a Federal Reserve note, a cryptobill would continuously pass hand-to-hand and be used in face-to-face transactions and vending machines. No access to an electronic network would be needed. Also as with current notes, there would be no need to determine whether a note actually holds value, because a cryptobill, like current paper money, the authors say, “is simply a token for its underlying currency. As a result, users are only concerned with the authenticity of the note, as they are with current banknotes.”

If a U.S. cryptobill comes into existence as a central bank digital currency, what would it be called? Digital certificate, Federal Reserve digital note, Federal Digital currency, and crypto certificate are among many possibilities. And what about the color? As Noll says, “A differently colored seal would fit historical precedent.”

The authors will present their work on Sept. 16 at the 7th Joint Bank of Canada and Payments Canada Symposium.